A record number of 22 projects representing 12 units/entities of Hutchinson Regional Healthcare System (HRHS) competed for honors in the seventh annual President’s Quality Awards. The awards program was established in 2013 to provide departments an opportunity to annually showcase their performance improvement projects.

Since the program’s inception, more than 50 projects have been presented that demonstrate improved efficiencies, operation and administration of programs and patient care. Also, a number of the successful projects resulted in a savings of thousands of dollars in expenditures for HRMC. 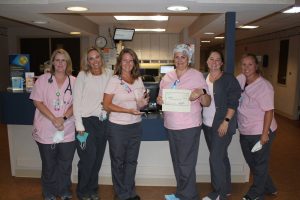 Winning first place is Labor, Delivery, Recovery and Post-Partem (LDRP) for a project that focused on early intervention in Newborns who are at risk for hypoglycemia (low blood sugar). LDRP substituted an oral glucose gel in place of an IV injection of Dextrose to stabilize the baby’s blood sugar. The change resulted in increased time for bonding between mother and child and reduced out of pocket expenses for families. IV usage for newborns was reduced by 50 percent with plans underway to lower that number even more in future years. 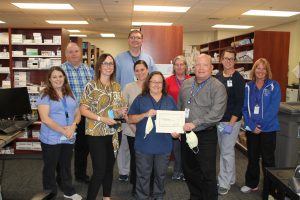 Second place was won by the Hutch Regional Pharmacy for a successful program to reduce waste in usage of TPA (clot busting medication). The cost of a single TPA vial is $8,500 and the ingredients are good for six hours after mixing. The project was part of a companion project by the Pharmacy to help reduce Door-to-Door needle time for stroke alert patients by training staff in procedures. During the past 12 months, the Door-to-Door needle time has been reduced to less than 60 minutes which resulted in a reduction of nearly one third in TPA purchases, a savings of $78,000. 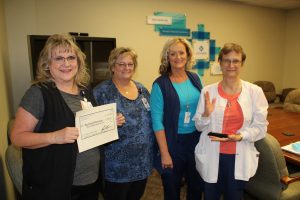 Third place was won by the Nursing Education department for the group’s relaunch of the Nurse Residency program. The group set a goal of reducing turnover of new hires in the ICU and ER from 44 percent in 2018 to ten percent or less last year. The program far exceeded all expectations as not even one first year nurse left the program during their first year of employment. The cost to recruit and train each nurse is approximately $70,000 so the improvement has resulted in a significant favorable financial impact for HRMC.

The first, second and third place finishers will receive $500, $400, and $300 respectively to be used for a project of their choosing to promote the goals and mission of Hutch Regional.

Ken Johnson, President and CEO of Hutchinson Regional Healthcare System commended the work groups for their vision and innovative efforts to develop a series of improvement projects. “All 22 projects entered in this year’s competition will be used to improve the quality of care and overall operation of Hutchinson Regional Healthcare System,” Johnson said. “We are very proud of the employees who not only did their day-to-day jobs, but spent many hours to design and implement programs that will have a positive and long-term impact on HRHS.” 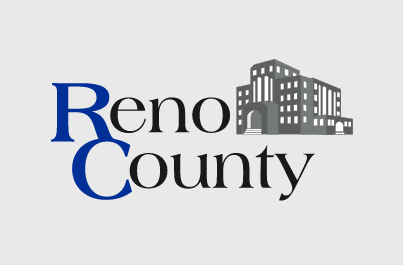 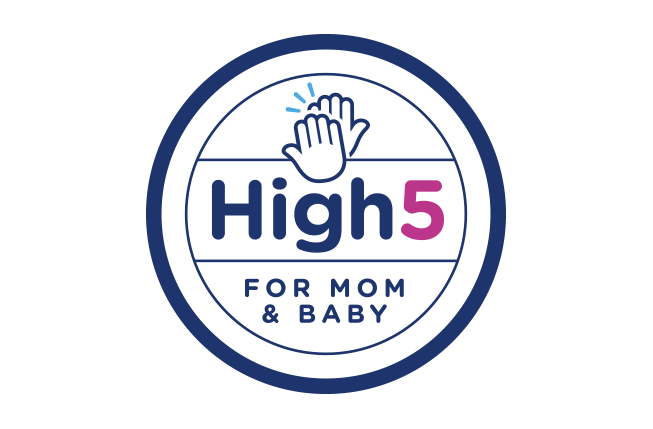 In conjunction with the Healthcare Access Taskforce, Hutchinson Regional Medical Center is conducting a Community Health Assessment (CHA). The CHA guides community organizations to what